Below are the individual preview graphics for each game in the forthcoming round of fixtures. These smash together minimalist versions of two visualisations: each club’s E Ratings and their relative positions on the attack and defence scatter graphics.

Before we launch into them, here’s each match is listed in descending order of how likely a home win is. It probably doesn’t need to be said, but this is NOT betting advice – there’s loads of relevant stuff that the model doesn’t factor in (e.g. injuries and suspensions) that will surely have an impact.

Unlike League 2 where the home teams look to have the advantage, there should be plenty of away points picked up in the third tier on Tuesday night. Northampton are the only hosts with a better than 50% chance of winning as they host low-rated Port Vale, while a whopping eight of the other 10 games have the visitors as favourites.

I’m trialling the reintroduction of a graphic I used last season to pinpoint matches that have a lot riding on them according to the model. This week the most pivotal game looks to be Rochdale’s trip to Scunthorpe:

A win for the hosts would settle a few nerves and leave them fairly certain of at least remaining in the top six at the end of the season, but defeat would slash their chances of doing so uncomfortably close to 50:50. Their visitors’ own play-off hopes are fading fast but a win here would move them to within five points of sixth place and with at least one game in hand over many of their fellow challengers.

Here are the graphics for each game in a gallery format: 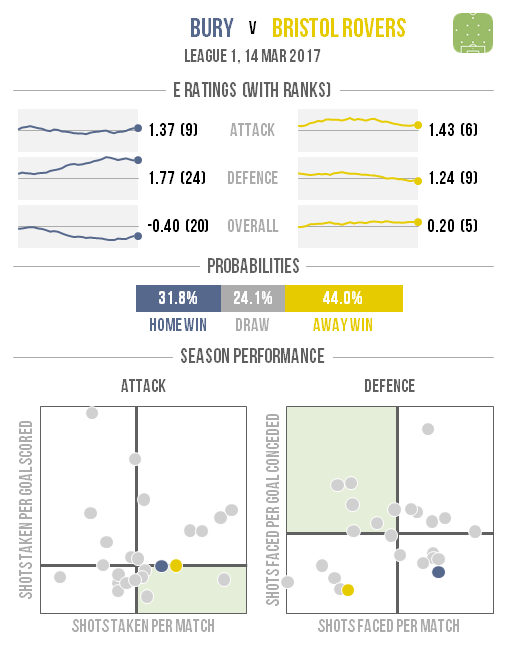 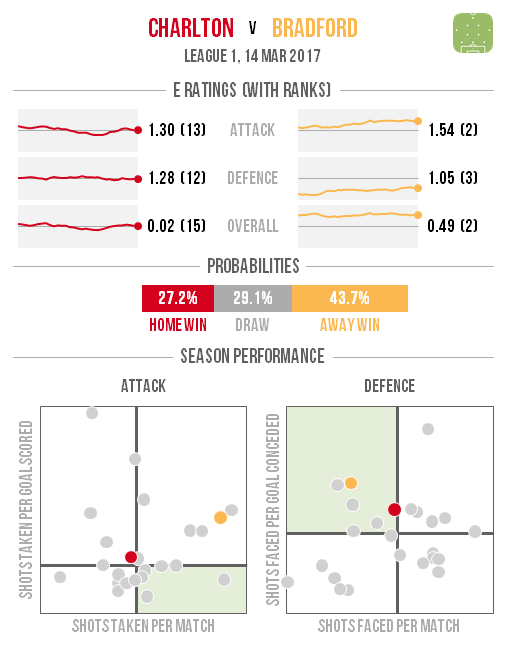 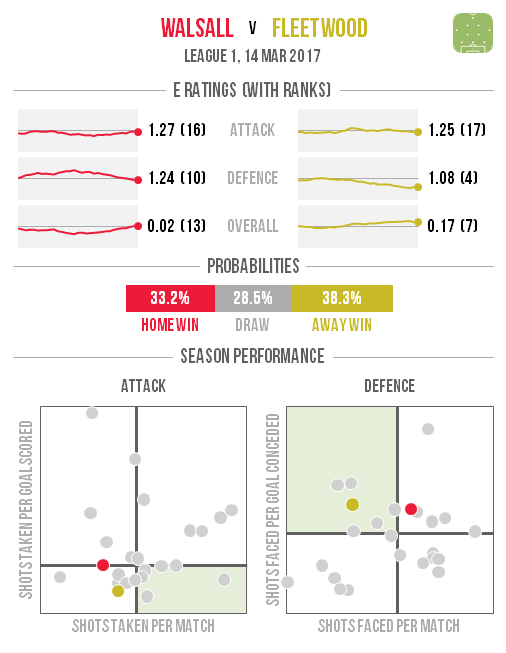 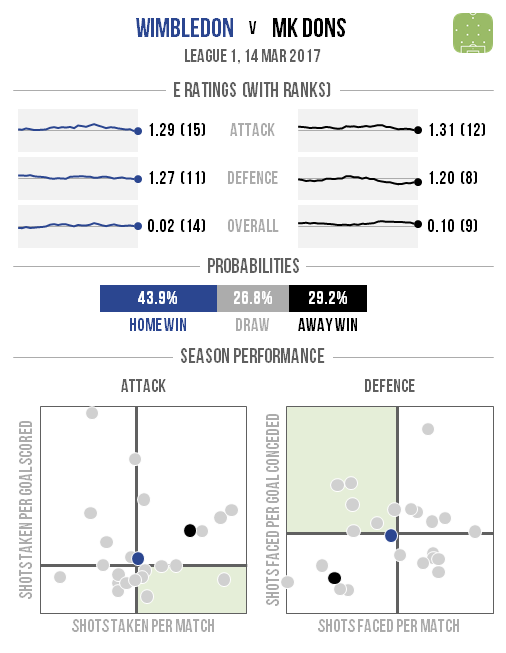